Join Trattoria Sofia on Thursday, October 27th at 6:30pm for an exclusive wine tasting and pairing dinner on our beautiful patio with special guest Dominic Nocerino of Vinifera Imports. For over 40 years as both a producer and importer, Dominic has played a prominent role in establishing premium Italian wines in the United States.

Enjoy a formal tasting of "The Legends of Italian Wine" with Dominic as he goes through ten rare and legendary wines (listed below) followed by a 4-course menu by Trattoria Sofia's Executive Chef Momo Camara with wines expertly paired by Trattoria Sofia's Sommelier Anthony Garza.

Tickets are $200/person, excluding tax and 20% gratuity. Reservations* with a credit card are required, so please call 713.804.0429 or RSVP on our OpenTable Experience below!

-The restaurant will call to confirm your booking and ask for a credit card to hold the reservation.

-A full refund will be given with a 48-hour cancellation notice. If canceling less than 48 hours in advance, a $50/person fee will be charged to the card on file. 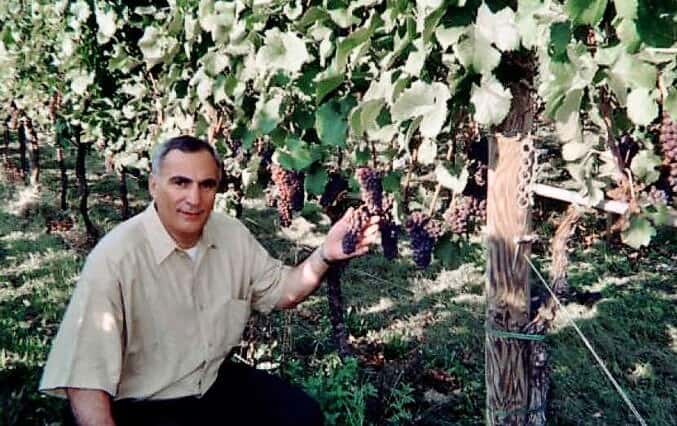 Dominic Nocerino emigrated from Naples to Chicago in 1971 and soon began selling wine on the streets of the Southside. In 1979,  he opened his own company, Vinifera Imports. Today, he has a national distribution network serving retail shops, boutique wine stores and restaurants in all major commercial markets across 30 states. Vinifera operates a 50,000-square-foot temperature-controlled warehouse in Ronkonkoma, New York.

In 1997, Dominic purchased Sant’Elena Winery in the Friuli. Overtime, he significantly raised the quality of the wines; as attested to, by Wine Journalists and measured by the increased demand on the part of consumers. In Italian, Dominic’s name means “Golden”. His impact on the establishing of premium Italian wines in the United States is extensive. His wine knowledge has no limits and yet the first thing people notice is his humility.

TO LEARN MORE ABOUT DOMINIC GET A COPY OF HIS AUTOBIOGHRAPHY THE AMERICAN DREAM.